In Case You Missed It – Creep by Lygia Day Penaflor

I must confess, dear readers. I had no idea this book existed until a couple of weeks ago. I read the brief synopsis on Goodreads and I was hooked. Why? Because Creep by Lygia Day Penaflor is billed as the young adult You by Caroline Kepnes. If you’ve never read You or seen the very popular show on Netflix, it’s essentially about a man named Joe Goldberg who stalks women and does some very unhinged things in the name of “love.” I’d say the marketing department did a great job with this comparison because Creep is exactly that. You for a young adult audience. And I loved it.

Creep is about love, obsession, and finding one’s place in the world. It’s also about Rafi, a teenager going to Holy Family Catholic School who is completely normal and has never done anything wrong in her life. So she says. She’s good now. She doesn’t stalk her former 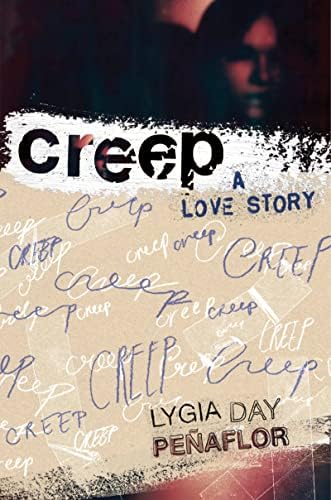 teacher, Mr. Bryant, and she works diligently in the school’s office under the care of the principle, Father Philip. She’s fine. She’s great. And then Nico Fiore and Laney Villanueva walk into her life. The most popular couple in school, Nico and Laney come in late to the office one day and Rafi is more than happy to offer them a late pass.

This is when Rafi’s obsession with them starts.

Though Creep is a slim novel, it’s jam-packed with voice. I could tell Lygia Day Penaflor took a lot of cues from Caroline Kepnes in terms of narration, because Rafi is basically Joe as a teenage girl. This isn’t a bad thing. Joe is witty and oftentimes hilarious, and so is Rafi. The reader knows she’s doing bad things throughout the book but she’s so funny and so self-aggrandizing that it’s sometimes difficult not to enjoy her as a narrator. She clearly has no idea why what she’s doing is wrong and spends every single page of the book trying to be in Laney and Nico’s lives. Rafi babysits Nico’s little sister, she steals thing from Laney’s house, she even sneaks into Nico’s bedroom and breaks into his laptop to watch private videos of him and Laney. Rafi’s actions become more and more invasive as the story goes on, and she becomes more and more unhinged.

I don’t want to give too much away about the plot, because this book at its heart is a psychological thriller–a study in a very mentally unwell character becoming so obsessed with two people that she would do anything for them. I loved it. I loved the writing and how clever it was, and I loved the ending. I didn’t see it coming whatsoever and it shocked me.

If you’re looking for more You but for a YA audience, then Creep might be for you!