THE KEEPER OF NIGHT by KYLIE LEE BAKER

The Keeper of Night by Kylie Lee Baker is a dark fantasy novel that explores race, identity, Japanese culture, and what happens when you can freeze time because you’re a literal child of Death. Here we have Ren Scarborough, half English Reaper and half Japanese Shinigami. Ren has been ostracized by her Reaper peers in London for being a Shinigami. By everyone–including her father–except for her brother, Neven. One night, after maiming another Reaper, Ren and Neven flee to Japan in the hopes that Ren can become a fully fledged Shinigami while also finding someplace where she can finally belong. Once Ren gets to Japan, she is tasked by the Goddess of Death to kill three Yokai (monsters in Japanese mythology). Only then will she be recognized as a Shinigami. Desperate for acceptance, Ren agrees to this bargain and off we go.

Initially, I enjoyed this book. I thought the worldbuilding surrounding Reapers was fascinating (I especially liked the clock mechanic and how they could stop time), but the book started going off the rails for me when we are introduced to Hiro, another Shinigami and Ren’s love 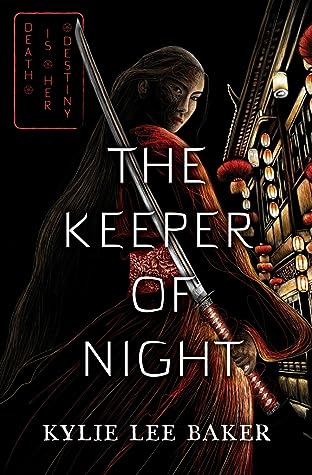 interest. Hiro is described as having a crooked foot. Disabled love interests barely exist in YA, so I was thrilled when I first read about him, but then it is revealed that Hiro was disowned by the Goddess of Death for being “broken” and therefore “useless.” This is a common trope to add to a character with a disability and I kind of hated it. I understand that the book was trying to show that ableism existed and that Hiro was an outcast like Ren, but casting Hiro as “broken” really left a bad taste in my mouth. I also hated that he constantly kept being called a “leech” by other characters. Disabled people are often thought of as “leeches” in the real world, draining the government’s resources because they are “lazy” or “useless” or some such thing. This is not the truth, of course, and the inclusion of the word in this book made me deeply uncomfortable. Granted, there’s a reason for this that is revealed later on, rooted in Japanese translation, but I still felt it completely unnecessary and it never should have made it into the book.

However, there are some things I really liked about this one. The writing is dark and descriptive and I loved how Baker made the entire world feel drenched in shadow. I also loved Neven, Ren’s brother, and wish we got more of him. I also really loved the elements of Japanese mythology weaved throughout. The Yokai were so cool and I’d read a book about them. I also enjoyed how Ren grappled with her identity as a biracial person. However, the ending of this one felt rushed and Ren’s romance with Hiro got little to no development.

Overall, this was a decent book. Read if you’re looking for something spooky.